Sir Elton John is a singer, songwriter, pianist and composer from England. He was born as Reginald Kenneth Dwight on March 25th, 1947.

Elton John has composed over 30 albums, with his life time songwriting partner of over 30 years, Bernie Taupin and the duo are well known as two of the top songwriters in the world.  Elton John composes music is genres such as rock, pop, glam rock, soft rock, and rhythm & blues.


He has sold more than 300 million records to date, has received countless awards including Brit awards, Grammys, Golden Globes, Tony Award, Disney Legend Award and has also been knighted to Queen Elizabeth II.  He has also composed music for films and musicals such as The Lion King, Gnomeo & Juliet, Aida, Billy Elliot and more.

It was announced in January 2018 that Elton John is ending his career with a 2 year Farewell Tour that will start in September 2018.

Did you know....
* Elton John loves to dress up in very fun and colorful costumes! He sells his costumes for charity.

* John Lennon made his final stage performance with Elton John in 1974.

* Among Elton's many outrageous stage outfits, he has dressed up as the Statue of Liberty, Mozart, the Eiffel Tower and Donald Duck. He has also a baseball kit, ostrich feathers and $5000 glasses that spelled out his name in lights.

* He has done free concerts for his fans as a "Thank You!"

* Yamaha make the pianos that Elton uses live, including the famous Red Piano, and the Million Dollar Piano. The Million Dollar PIano has more than 68 LED video screens and took almost four years to make. It weighs nearly 3,200 pounds! He even owns a glass piano!

*His favorite place to perform is Madison Square Garden in New York City, NY. He even hold the record for performing there! The current record is 64 times (2018)

* Lady Gaga has said that Sir Elton John was a huge inspiration to her growing up! 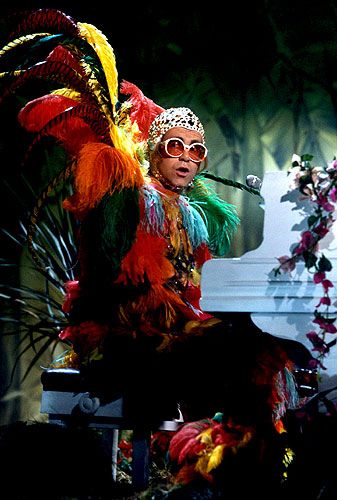 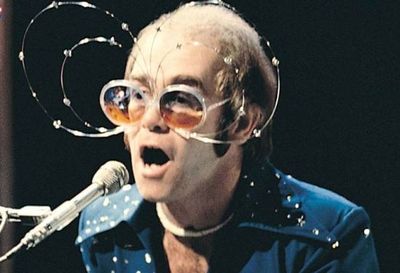 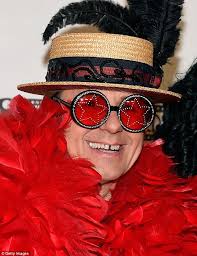 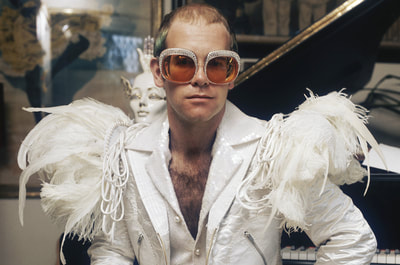