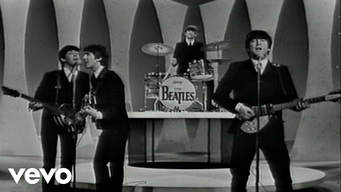 The Beatles were a British rock band formed in Liverpool, England in 1960. They started as the Quarrymen, and eventually changed it to "Beatles" as a word play on the insect and a tribute to former rocking legend, Buddy Holly who was an inspiration to them.
​
They used instruments that were not seen on recordings before, such as the Sitar, tape loops, string and brass ensembles and electronic instruments.
On February 4th, 1964, they appeared on the Ed Sullivan Show, which launched them into international success. This was the start of the British Invasion.  73 Million people watched the Ed Sullivan show that night (40% of the American Population at the time.)
On January 30th, 1696, The Beatles performed on the Rooftop of the Apple Building; their last live performance. In 1970 the band broke up.