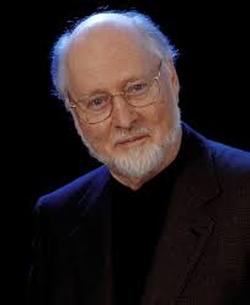 John Williams is an American composer, conductor and pianist. He was born on February 8th, 1932. (How old is he now?)
He has composed the soundtrack to many peoples lives, mostly in film scores including Star Wars, Jaws, E.T. the Extra-Terrestrial, Superman: The Movie, Indiana Jones, Home Alone, Hook, Jurassic Park, Harry Potter and many, many more! He has also composed the theme song to NBC Sunday Night Football, NBC News and The Olympic Fanfare and Themes. He also is the principal conductor for the Boston Pop's and is currently their laureate conductor.
John Williams usually works with one director Stephen Williams and the two have become very close friends. He has actually composed all of his films, except 2!
John Williams has won 24 Grammy Awards, 7 British Academy Film Awards, 5 Academy Film Awards and 4 Golden Globes as of 2018. He has been nominated 51 times for an Academy Awards (The Oscars) and is the second most nominated personal after Walt Disney.
In 2005, the American Film Institute named Star Wars as the greatest American film score of all time.
John Williams has been inducted into the Hollywood Bowl's Hall of Fame, and is a recipient of the Kennedy Center Honors in 2004 and the Life Achievement Award in 2016.

Did you know!!!!
*If you took all of the music from the first 6 Star Wars films and played it, it would take more than 14 hours to listen to!

* John Williams started recording when he was 15 years old!

*It has been reported, but not confirmed that John WIlliams makes 1 million to 3 million dollars for his music in films. He also gets paid an extra fee for creativity! WOW!!!