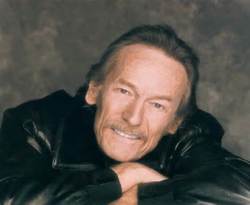 Gordon Lightfoot is one of Canada's most talented singer/songwriters. He is from Orillia, Ontario, Canada.  He taught himself how to play guitar and piano and was influenced by the folk music of Pete Seeger, Bob Gibson, Ian and Sylvia Tyson and The Weavers.  Gordon Lightfoot is one of a few Canadian artists that never had to leave Canada to make it in the music industry.

Gordon Lightfoot's songs have been recorded by some of the biggest recording artists in the world including Elvis Presley, Johnny Cash, Hank William's Sr, and many more.

He has received the Companion of the Order of Canada (Canada's highest civilian honor) and many other awards.
Check out a great website at http://www.lightfoot.ca/


"Turning back the pages of my sweet shattered dream, I wonder if she'll ever do the same; And the thing that I call living is just being satisfied With knowing I've got no one left to blame."
-from the song Carefree Highway